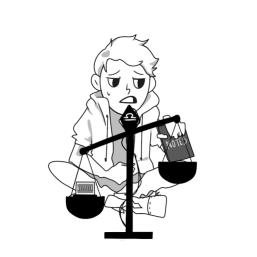 “The first emotion you feel after finishing a movie or episode is your zealous desire to watch the next one.”

Binge-watching evokes in most people the image of a miserable potbellied man sitting in a dark, dingy room with a bag of popcorn and glossy eyes glued to a television screen. It’s a term usually associated with an array of negative emotions, ranging from the disapproval of those who can’t bring themselves to do it to the shame of those who can’t resist. However, many remain unaware of the fact that binge-watching can offer a variety of opportunities for character growth. At times, binge-watching can encourage one to develop their work efficiency and tenacity, evade the torture brought on by cliffhangers, and learn when to call it quits.

Contrary to popular belief, binge-watching is not a simple task. It demands a particular level of endurance for one to sit through seven hours of a TV marathon, while maintaining the utmost level of concentration, and not to mention, consciousness. I, being an avid viewer myself, will admit that I have succumbed to the allure of sleep many times in my attempts to master the art of binge-watching. Hours of time spent dazed in front of the television struggling to stay awake allow me to confidently say that binge-watching has most definitely developed my stamina, when it comes to staying focused through long stretches of time. Not only will it benefit your observational skills by making you a conscious viewer, but this also has the potential to spill over into other aspects in your life as well. For example, you will be able to apply your acquired concentration skills from binge-watching toward the hour-long study session you have planned for tomorrow’s extremely important math test.

You might think the the arch-enemy of teens these days is homework, but the true foe is procrastination. The temptation of wasting time by by watching reruns is sometimes overwhelming. Instead of trying to fight that urge, the only solution is to openly accept it and seek a compromise. Binge-watching allows you to have your fill of entertainment over the weekends or during a couple hours of your free time, while also permitting your work to hold your undivided attention during busy weekdays. But the time you spend in your newly freed-up weekdays is not limited to homework; it can be used for other enjoyable activities, including spending quality time with your friends and family. And just like that, your hitherto disastrous Netflix impulses are no longer an issue, and you have just maximized work efficiency and time-management tenfold.

The first emotion you feel after finishing a movie or episode is your zealous desire to watch the next one. The period of time between the end of one episode and the beginning of next is filled with stress and agony over the suspense and cliffhangers of the previous episode’s ending. Why subject to yourself to such suffering when you can choose to simply avoid it all? Entertainment providers like Netflix allow only five seconds worth of impatience to build up before the next segment of the show becomes readily available to the viewer. Several other providers and websites also use this feature, and many of them are, in fact, free, so don’t sweat it if you aren’t willing to cough up eight dollars a month. By limiting the time wasted in the interval periods between episodes, you will save yourself a ton of frustration and anxiety that could otherwise haunt you throughout the week.

But all good things must come to an end. Binge-watching can become a profound issue for those with low self-control. Without willpower, a couple of episodes can turn into a couple of seasons in an instant. Restraint is vital to take this so-called “bad habit” and manipulate it to your advantage. The development of this so-called “physiological brake” will only come with experience, so you must train yourself to muster enough strength to turn off that TV or close your computer screen. Trial and error is the best technique to use, since you can learn from your own experiences when it becomes time to stop. By procuring that ability, you can rely on yourself with confidence, whilst being less likely to repeat your mistakes the next time.

Clearly, binge-watching is misunderstood. It is commonly conceived as a poor way to spend time, which it most definitely isn’t. TV shows have become a part of our generation, and there is nothing wrong with enjoying them–for a particularly long period of time. Once we have learned and mastered the art of binge-watching, we have no reason not to use it for our own benefit and happiness. Next time you find yourself being questioned by a disapproving parent on your supposed “Netflix addiction,” kindly bestow upon them your new perspective of binge-watching, and while, they might be skeptical, well, at least you tried.