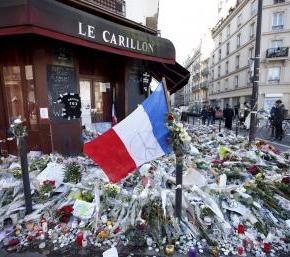 By ALEX BOGDANOWICZ, senior On November 13, people all across the globe felt the repercussions of the devastating attack on Paris. With the help of social media and broadcast television, hundreds of millions of people came together in support of France and those who lost their lives. With the help of Facebook’s profile editor, many … END_OF_DOCUMENT_TOKEN_TO_BE_REPLACED 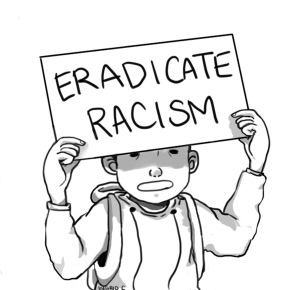 By CHRISTOPHER XIE, political columnist Is it racist to call someone “black”? Must there always be a sensationalistic and disruptive demonstration to follow whenever an alleged racial or homophobic event occurs? These are questions that have been increasingly asked by the public in recent years. In the decades following the Civil Rights Movement of the … END_OF_DOCUMENT_TOKEN_TO_BE_REPLACED

By ALEX BOGDANOWICZ, political columnist In the midst of a civil war, Syria is like a flame trapped in a glass dome: with Europe, the United States, and Russia watching as the smoke inside slowly suffocates hundreds of thousands of people. The total lack of action by the countries in the United Nations Security Council as … END_OF_DOCUMENT_TOKEN_TO_BE_REPLACED

By ALEXANDER BOGDANOWICZ, political columnist In 1791, hundreds of Pennsylvanians united in protest against the newly-formed United States government, infuriated with the notion that their new government was imposing a Whiskey Tax on its people. In response, President Washington quickly raised an army of 13,000 militiamen and led the effort to suppress the insurgency. It … END_OF_DOCUMENT_TOKEN_TO_BE_REPLACED

By CHRIS XIE, political columnist The fundamental American virtue that sets us apart from other nations is the freedom of speech and expression. But while this right is allegedly guaranteed to all citizens by the First Amendment, we often find it violated by government intervention in times of crisis. However, it is in these times … END_OF_DOCUMENT_TOKEN_TO_BE_REPLACED